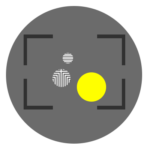 City Museums are unique spaces for debate and participation. By placing current development in a long–term perspective, they de-essentialise present approaches and can enable dialogue about the uses of city by its diverse inhabitant, visitors and stakeholders in the future.

i. The Museum as Space for Dialogue:

i. The Museum as Space for Dialogue:

Although their collections and missions vary, in the complex cultural ecologies of different cities and countries, City Museums often more than any other museum have the purpose to address the question of how a community lives together through exhibitions as well as debates.

The approach here is not so much a particular method, but attention to the right questions to frame investigations and debates.

Judit Carrera and Carlos Delclós, CCCB suggest how attention to the senses can enable dialogue:

“The senses can provide a relatable entry point for people to discuss the places they interact with in surprisingly complex terms. For instance, public space is a very political topic which, discussed in normative terms, can produce rather abstract debates which filter out non-expert opinion. However, if you ask a person how a given public space makes them feel and question them regarding why, what elements of that space they perceive immediately, which ones emerge over time, and so on, many of the debates regarding the use and quality of public space emerge.”

“The senses provide us with insight into peoples’ perception of their own lives and life around them. This is particularly interesting because a great deal of sociological research, for instance, examines how the world outside of one’s own perception influences his or her internal world. A focus on the senses, on the other hand, allows us to imagine the relationship between one’s internal world and the world outside their body as something much more symbiotic and reciprocal. This has important methodological implications and should be examined further.”

“As curators of public debates centered on urban social and cultural themes, the project has pointed us to some very interesting topics of reflection. How does the city not just plan around the senses but also deal with the unplanned sensory experiences which necessarily emerge in peoples’ interactions with the city? How do the senses influence our city’s reputation and who defines that reputation? How are political and social conflicts mediated by the senses? How are our memories influenced by what our senses tell us? These questions and more provide ample room for reflection on emerging topics.”

Across the different workshops of the network, the importance to have better ‘sensory education’, i.e. more awareness about individual sensations as well as their social frameworks, was stressed and the role museum education can have in this for different age groups was highlighted.

These can include guided tours in the museum or in the city, discussion groups, and exercises from sketching to object handling. Across different formats, we found that starting with paying physical attention to ones senses opened up discussion, allowed participants of different background to engage, while also creating a sense of mindfulness by observing ones own sensations. As the senses are fairly unreliable, however, and require a substantial degree of context to adequately inform perception, it is important to contextualise individual experiences and draw attention to the fact that sensing is not only natural but also cultural and social.

You can find further reflection on the role of education in the workshop reports.

In the educational resources, you can find different methods to focus on becoming aware of individual senses and their interactions, ideas for sensory walks, and questions and themes relating to self & society & history.

Attention to the senses in the museum can contribute in crucial ways to creating an inclusive society and increase health and well-being. Therefore, many museums now offer for example programmes that bring blind and sighted people together to explore touch, or offer programmes for people with dementia drawing on the collections to activate memories and create news ones.

Dementia Tours. The similarities and differences between two different guided tours for people with and without dementia by ‘dementia+art’ in the Cologne City Museum and by the ‘Programa Alzheimer’ of the CCCB can illustrate how objects from both local and foreign cities can be used to engage the senses, create memories and relate to the experiences of others: While in Cologne, Jochen Schmauck-Langer (dementia+art) drew on the familiarity of the participants with Cologne’s history and folklore, the guides from the CCCB used the exhibition ‘Making Africa, A Continent of Contemporary Design’ to talk about the making of objects with ones hands common across cultures. Both use sensory cues, everyday objects and different forms of poetry or music to enable the recalling of memories, the sharing of stories and of sensory experiences through activities such as singing – making the audience active co-curators rather than passive listeners.

Jochen Schmauck-Langer’s (dementia+art) tour illustrates how a historical statue can be used to bring to the fore individual memories as well as shared cultural memoires. The tour started in front of a statue from a fountain in the inner city now in the Cologne City Museum. It represents a housewife who, according to local legend, was too curious. She wanted to see the elves who each night worked miracles in the house – tricking them by putting peas on the stairs. The elves slipped on the peas and out our anger departed. Hence the humans now have to do the chores…). But instead of telling the story, Schmauck-Langer brought a glass full of dried peas, letting participants touch it and listen to the noises they made in the glass. Then he asked participants about their recipes for pea soup, which used to be a staple local food. After the sharing of stories, he read a poem written in local dialect telling the Elves story. As most participants had learned the poem by heart as schoolchildren, after a couple of stances, members of the group would often join reciting the poem.